In midsummer, the night sky in England never gets really dark. Although we are not far enough north for the sun to be above the horizon at midnight in the middle of summer, it never really sets. Sunset turns into sunrise. The midsummer solstice, about June 21st, is when the days in the northern hemisphere are the longest. This is caused by the Earth having a list of about 23.5 degrees from the vertical. On June 21st, the North Pole is pointing towards the Sun, so the northern hemisphere is warmer. On December 21st the South Pole is pointing towards the Sun, so it is winter in the north and summer in the south. The Earth is actually farther from the Sun in July than in January, but this makes less difference than the direction of tilt.

Celebrating the midsummer sunrise at monuments like Stonehenge (or the shopping mall at Milton Keynes) is a recent custom. It was first suggested in the 17th century that Stonehenge was aligned to the midsummer sunrise. At about 4 o'clock in the morning on June 21st, a hopeful crowd gathers (or attempts to do so in the face of official opposition leading to nasty scenes), expecting to watch the Sun rise over the Heel Stone in the entrance avenue. In fact the Heel Stone is not in alignment to the midsummer sunrise and will not be for another 3,000 years. It was even less so from 3,000 to 5,000 years ago, when Stonehenge was in use for whatever it was used for.

Ritual buildings like Lincoln Cathedral are built so the worshippers face a particular direction when they come in for the services. For churches that is usually the east - the direction of the rising sun.

In Stonehenge they would have been facing the South-West - the direction of the midwinter sunset. And our major traditional festival of the year is in midwinter!

There is no evidence that Stonehenge was always in use as a religious centre, although it contains buried human sacrifices. It was usual to bury sacrifices into buildings to give them protective ghosts. In the course of 2,000 years, the structure was rebuilt a number of times and could have had a number of uses.

Ideas that it was an observatory or astronomical computer are based on the fact that people have used the position of the sun as a clock and calendar at least since Neanderthal times more than 70,000 years ago. We know this from the alignment of Neanderthal dwellings, ritual sites and tombs, for it was customary right up to modern times to ensure that the doorways of homes were facing the direction of the rising sun, the source of light, life and good things.

The direction of the setting sun was associated with death. Which is why we say something has "gone west" when it is lost. And why churches (often built over earlier religious sites with the intention of replacing them) face east as Lincoln Cathedral does. People enter through the doors on the west side so they are facing east marked by a great round stained glass window through which the light pours in. The gloomy west side has scenes of Doomsday carved and painted above the doors.

The builders of Stonehenge and their neighbours had their front doors facing the south-east.

When all the buildings in the same place faced the same way as was usual in the past, it was often the custom to use a doorway or window frame as a sundial or calendar to tell the time of the day or certain times of the year by the position of the sun's rays or a shadow. Another method of telling the time was by the sun's position on the horizon and its alignment with particular features from a fixed point of view, which may (like a cairn of stones) have been constructed for that purpose.

Claims for astrononomical calculations and associated rituals at Stonehenge have often failed to consider the lifestyle of the people that built it.

For example: Why should they want to know the tides (one suggestion) when it might take three days for them to reach the sea? (It can still take a few hours because of the traffic jams).

What were the cosmological beliefs of people in this place at this time. Do we really know. Ideas have changed with new discoveries.

There is no conclusive evidence to support claims that Stonehenge was an observatory.

There has been no evidence either that it has always been a religious and ritual centre - although it became seeped in history and mystery as time went on. And some very important people were buried there at the time it was on ongoing construction still being developed.

There were also what appears to have been sacrifices buried there. Sacrifices traditionally were made to support the foundations of all important buildings.

Excavations have shown that the area was a centre for international trade in the Bronze Age as far as can been ascertained. Tombs show wealthy individuals who had origins and goods from further afield, as far as the Alps. They brought goods such as copper, and new technologies as well as trade.

Recent excavations indicate that Stonehenge was built in 2300 BC (the same date as the wealthy "Amesbury Archer" or "King of Stonehenge" found buried there). The site had been at the time it was built, a place for pilgrimage attracting the wealthy and infirm searching for cures from far off countries. And would also have been an important centre for trade, politics and social gathering at a time when transport was difficult - people would collect together at these annual festivals to exchange news, and arrange alliances and marriages etc.

The recent excavations seem to confirm my long held theory - (as has been published in the article in "Clocks" magazine June 1986 - on page 46, in part 10 of the series "The Nature of Time" by Heather Hobden), that Stonehenge was actually orientated for rituals to watch the midwinter sunset. Since as they came up the Avenue into the building, they were facing the direction of the Mid-Winter sunset.

As mentioned in that article, it makes more sense that they were praying for the sun to come back again. And celebrating when it did. This ties in with other European traditions at that time. And the ceremonies always worked. The days started growing longer though not yet warmer.

Winter was a time of cold and starvation. It was a time of suffering and death. It is still rather miserable and the cold is especially hard on the elderly. Though we do better now for stored food, it is still a time of sickness and death, and when the most number of funerals are held. February is named after the Roman god of death. In north Siberia it was "Eating Boot-straps Month" when people ran out of their stored food, and there was nothing left to eat until spring.

In Britain, we still hold our main festival of the year in midwinter around the mid-winter solstice. By early December, we have put up coloured lights, put up decorated "Christmas Trees", have parties, give cards and presents, and hold many other rituals and celebrations which have their origins way back in the past. The traditional date for the celebrations is just after the solstice - when the sun started to come back and the days get longer. And that is when we start the New Year.

There are few ancient traditional celebrations for the midsummer solstice (though it is my birthday). Why should we celebrate the days getting shorter and know that hard work will be needed to survive the coming of next winter.

People are now once more gathering for the mid-winter sunset at Stonehenge
. 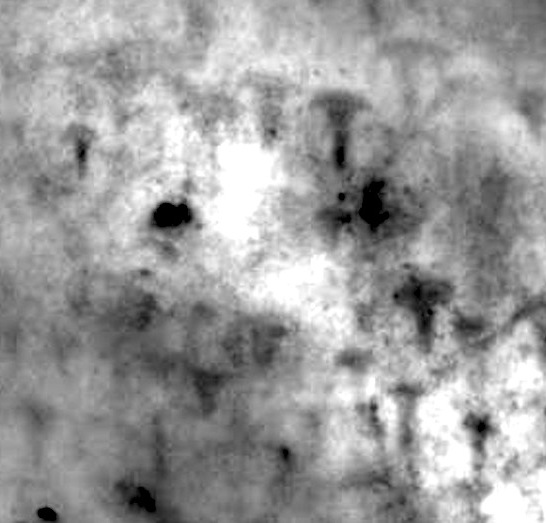 New techniques show that the main Bronze-Age pillars at Stonehenge were covered in carvings of axe heads and daggers. Picture shows part of one of the images obtained.

Update on what is underneath Stonehenge

Stonehenge experience app. for iPhone and iPad, available from App Store. Price £1.99. There is also an Android app.